FREE WORLDWIDE SHIPPING ON ALL ORDERS OVER $100
You have no items in your shopping cart.
Free Returns | Gift Certificate | Call Us 03-6810018

What (not) to eat while pregnant

Pregnant? Congratulations! Have fun. Treat yourself, it's important!

I suppose you've already read quite a few articles / posts about maternal nutrition, what to eat and the fact that eating fir two Is a myth.

You may not need to be quantitatively eating for two but you have a definite responsibility here for two (or more ...) therefore, responsible eating is a pregnancy must!

What do I mean by responsible eating? You need to know what to avoid and what to reduce and very possibly adopt some new rules.

The likelihood of food poisoning during pregnancy is higher and what may be manifested in only mild illness in a non maternal  woman may lead to the extent of malformations and abortion in a pregnant woman. Therefore, care should be taken especially when eating out of the house and in unfamiliar places. Stay away from food that is unclear to when was prepared, such as ready-made salads in delis and cafes.

In recent years, the US Medicines Administration (FDA) and the American Dietetic Association and the Israeli Ministry of Health have published a list of foods that they should avoid throughout the pregnancy:

Better hygiene in the home kitchen:

The American Disease Control Center recommends washing hands for 20 consecutive seconds, at least 10 times a day (not including after visiting important places or changing diapers). But hey, were all experts at hygiene after COVID-19.I personally hold a large bottle of alcohol gel in my kitchen and every time before touching food I make sure to give it a squeeze in my handRefrigerated food properly – keep meet and uncooked food separately from fruits and vegetables.The most dangerous temperature range for the development of harmful bacteria in food is between 4 and 60 degrees Celsius. Food should be stored at a low or high temp. Remember the "two hours rule", food that was at room temp two hours or more must be thrown out. If left out in a room with a temperature of 32 degrees Celsius or more (anyplace with hot summers), for over an hour, make sure to toss.

Restricting other relevant foods throughout pregnancy:

·       Salt - Beware of very salty foods like salty cheeses, pickled vegetables and foods that were heavily salted pre-cooking.·       Alcohol - In the past, moderate alcohol consumption has been permitted during pregnancy, but in recent years the recommendation has been to avoid it altogether. Alcohol is rapidly absorbed into the blood already in the stomach and passes the placenta to the fetus. Due to reliable research from recent years, it is recommended to avoid completely through all stages of pregnancy.·

Coffee - Moderate intake of caffeine (around three cups a day) is considered safe. Take in to consideration that Caffeine is found in tea, chocolate and Coca-Cola..

Artificial Sweeteners - The name of the artificial sweetener will appear in the "ingredients" of the product and it is recommended to pay attention to writing and stay away from.

The official position of the US Food and Drug Administration (FDA) is that approved sweeteners are also suitable for pregnant women. It should be takin in mind that most clinical trials on sweeteners and pregnancies are done in laboratory animals. furthermore there are some artificial sweeteners that cause some discomfort to professionals and in a sensitive period such as pregnancy it is best to try to avoid:

Wishing you an easy, healthy and beautiful pregnancy 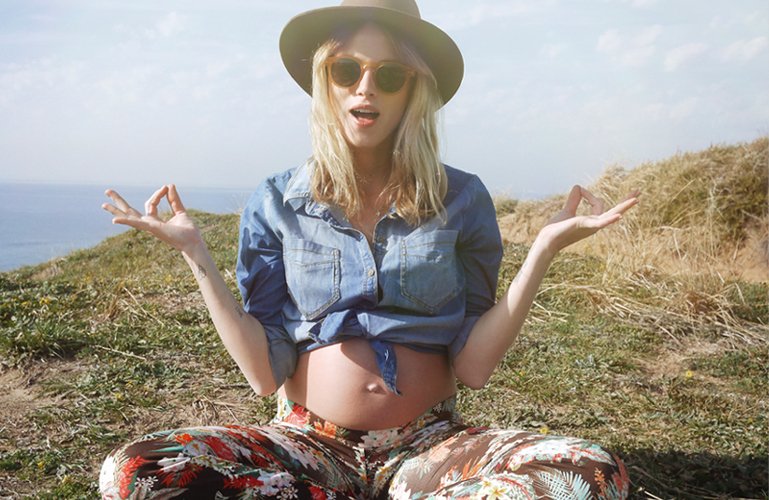